As urban areas expand further into the countryside, more and more homeowners will encounter opossums as nuisance animals. These critters can spread many diseases and harm domesticated animals, so it is important to remove opossums as soon as possible. Continue reading to learn more about opossums and how you can remove them. 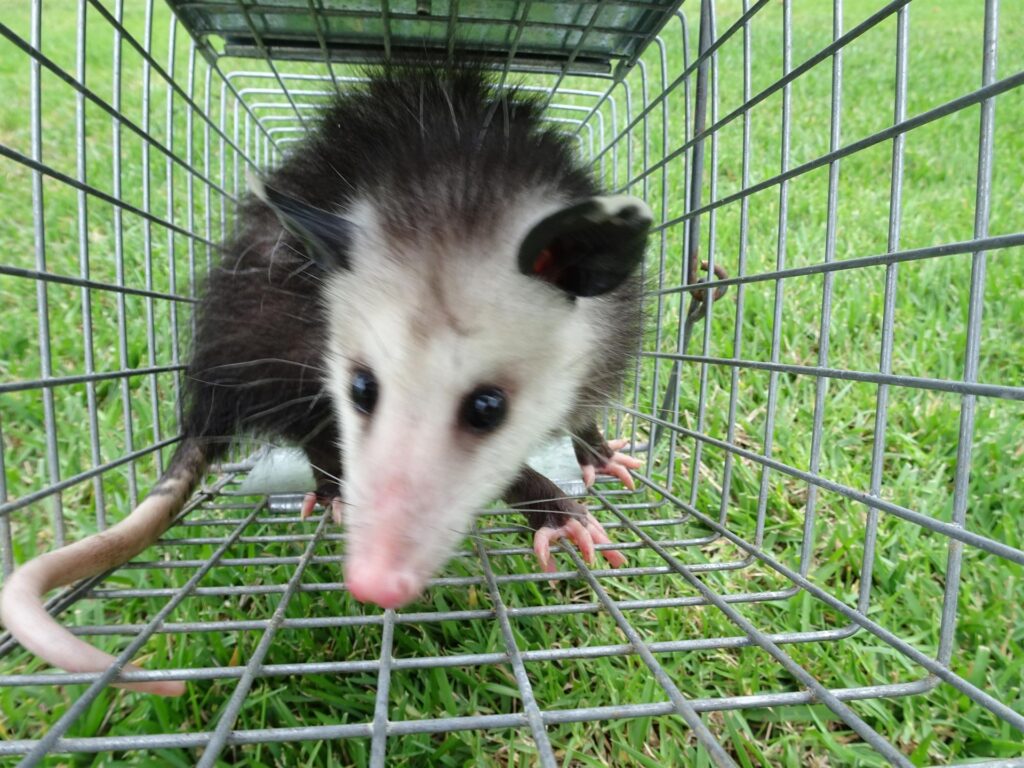 What damage do opossums cause?

The number one reason that opossums need to be removed from your home or property is that they can spread potentially fatal diseases to humans and their pets. Opossums commonly carry diseases like leptospirosis, tularemia, salmonella, and many other viruses and bacteria, each of which can cause severe illness in humans. Opossums spread their diseases in three major ways. The first, most direct method of spreading is coming into contact with an opossum, particularly by being bitten or scratched. Another common transmission method is coming into contact with the opossum’s urine and feces. Finally, even contacting dried saliva, hair, or where the animal steps can even spread its disease. These transmission methods can create serious problems for families and their pets. In addition to illness, opossums can be very harmful to small pets, fowl, and domesticated rabbits. These are just some of the reasons why removing opossums is important.

How do I prevent opossums?

In order to prevent opossums, there are some fairly simple steps you can take, as well as some that require effort. The easiest way to keep opossums away is to limit the food sources in your yard. Lock up any pet food and secure your trash cans. Secure any small animals or fowl you have in your yard. Finally, clean up any woodpiles, brush piles, or other accumulations of debris in order to limit hiding places for common opossum prey. A more involved and costly prevention method is to install a fence around your yard. This will keep opossums, as well as many other common nuisance animal species, out of your yard for good!

How can I trap opossums?

Many people are able to remove their own opossums that have invaded, but many are not. If you are lucky and you know you have only one or two opossums around, you can attempt to trap them. Simply bait a cage trap and set it, removing the opossums from your property. One complication that requires the help of a professional wildlife removal company is if the opossum that gets into your home is pregnant. It is likely that this opossum can have its young anywhere in your home, and if you remove it on your own, the babies will die slow deaths and cause terrible odors in your home. 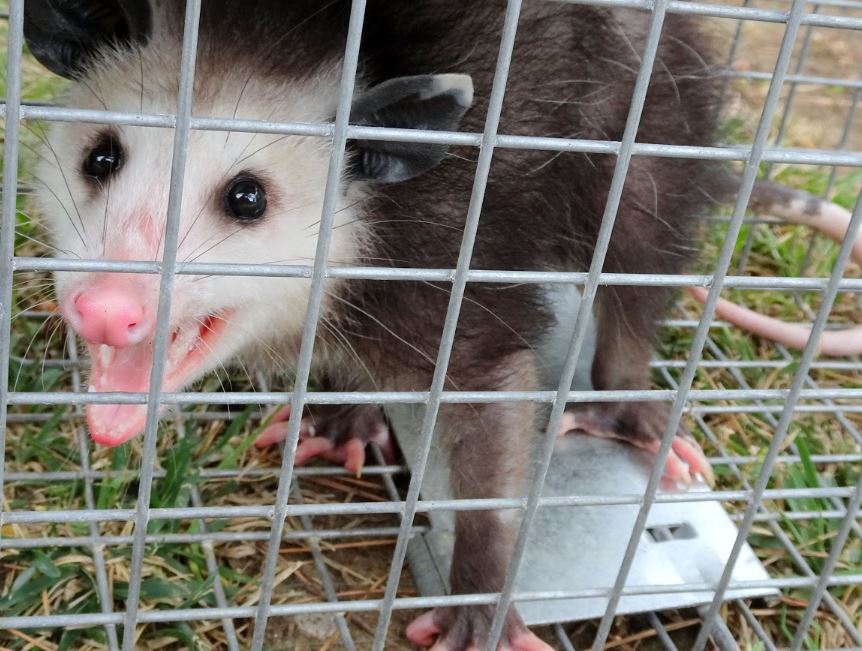 At Wildlife X Team Nashville, we pride ourselves on removing opossums quickly, humanely, and safely. Our experts have tons of experience in dealing with opossum problems of all kinds, no matter how big or small your problem may be. In addition to removing opossums, our experts also offer animal damage repair, attic restoration, sanitation, odor removal, and animal prevention services. If you are dealing with an opossum problem, give us a call here at Wildlife X Team Nashville! 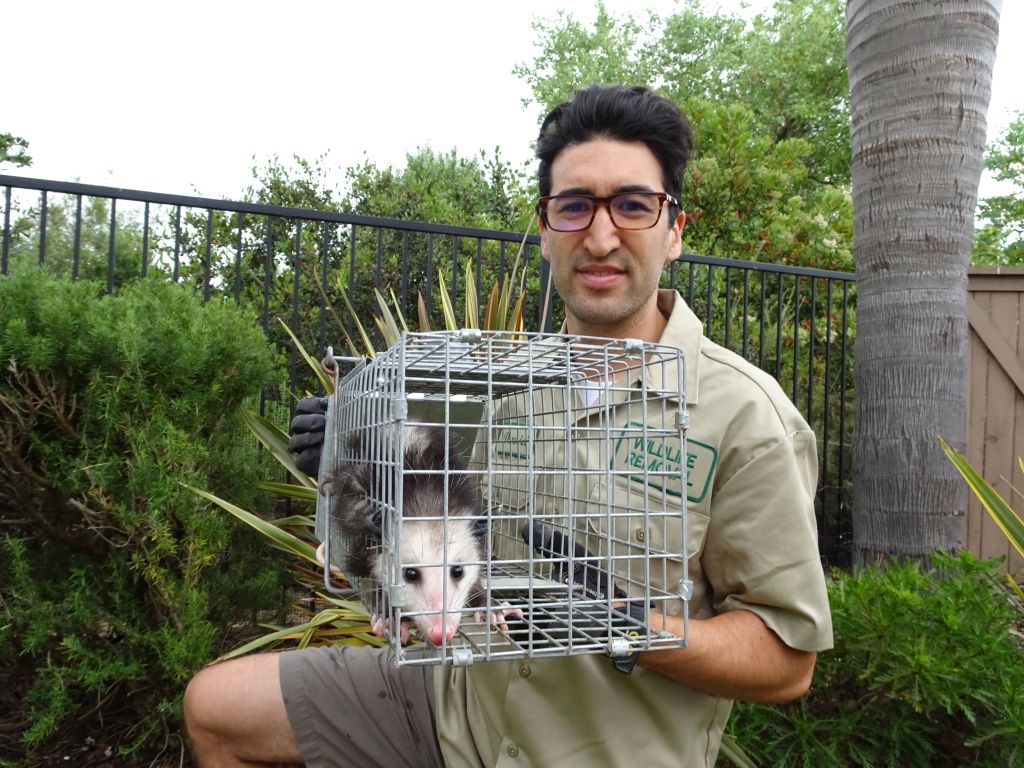 Possum Vs. Opossum: Can You Tell the Difference?

The opossum is a nuisance animal commonly found in many parts of the United States. When you hear the word possum, it is likely that you are still thinking of the opossum. This, however, is not the case, as the possum is an actual animal species that can be found in Australia. Since both of these animal species are considered to be a nuisance in many cases, it can be important to be able to spot the difference between the two. Continue reading to learn how you can tell the difference between these two similarly named marsupials.

One important feature of both of these critters is that they are both marsupials. Marsupials are very unique in the world, as the opossum is one of the only ones found in the Americas. Marsupials are born without being completely developed yet. Upon birth, they travel to their mother’s pouch, where they nurse and begin to further develop.

One of the easiest ways to tell these two animal species apart is to examine each of them. Upon examination, it will become very easy to tell the two critters apart. The possum has a furry tail that appears to have a lot of long and semi-curly hair. The opossum has a long, pink tail that has no hair on it at all. The opossum and possum also have very different looking fur coats, as opossums are usually light or dark gray and white, whereas possums have very luscious-looking brown, gold, gray, or other colored coats. Another great way to tell the two apart is to look at the face. Opossums have a very pointed, predatory-looking faces and also have very large, black, beady eyes. This is opposed to possums, which appear to have a shorter, more round-looking faces with eyes that are set back further into their head. Possums also seem to have brown-colored eyes that are easily seen.

One of the easiest ways that you can tell which animal you are looking at is simply by knowing where you are currently located. If you are in Australia, New Zealand, or the Oceania part of the world, you are looking at a possum. If you are in North America anywhere, you are looking at the opossum. Possums tend to like living in forested areas and along creeks and streams where there are plenty of trees around. This is somewhat similar to opossums, as they can be found everywhere, but they tend to prefer living in wooded areas. In recent times, they have become much more adept at living in urban settings but still survive quite well in areas where there is plenty of brush.

Another great way to tell the two species apart is to look at how they are acting and whether they are doing something unique to their species. One of the common phrases in use today is ‘playing possum’, which is a misnomer. This comes from the fact that the Australian possum does not actually play dead, but the American opossum does. If a critter plays possum when you are around, it is actually an opossum.

How can they both be removed?

Whether you are dealing with a possum or an opossum problem, it is important that you remove these animals from your property or home as soon as possible. If they spend enough time around you and your family, they could spread diseases that could potentially be fatal.

It is very important to hire a professional wildlife removal company to perform opossum or possum removal for a few reasons. One reason is that possums are protected by Australian law, so a DIY removal could lead to legal problems. Another reason is that attempting a DIY removal on your own could lead to being bitten or scratched by the critter. Finally, wildlife removal experts have plenty of experience that can be used to prevent future infestations as well.

Get Quote for Your Exclusive Wildlife Inspection Report.® 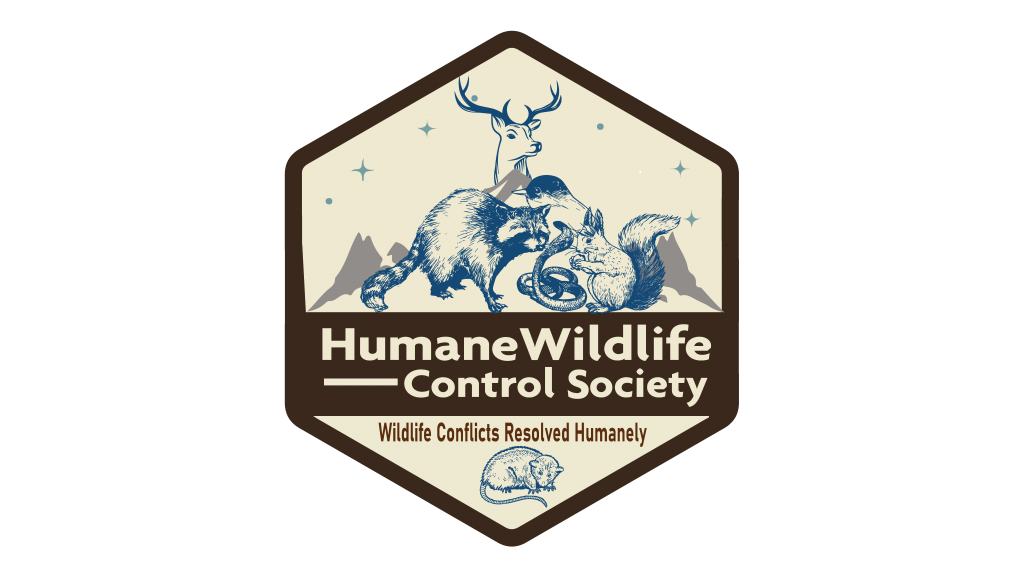